With Harriet Tubman Poised To Become Face Of $20 Bill, Maywood’s Place In Underground Railroad Worth Re-examining

An altered image of Harriet Tubman on the $20 bill found. “More than 600,000 people voted in the poll between the abolitionist and campaigner and other notable US women,” according to the Independent newspaper. | independent.co.uk. || Below: A picture of the “10 Mile House” in Doug Deuchler’s book, Maywood.

With the U.S. Treasury Department announcing Wednesday that famed abolitionist and former slave Harriet Tubman will replace President Andrew Jackson on the $20 bill, Maywood’s place in the Underground Railroad — the secretive network of routes and hideouts designed for slaves trying to escape to Canada — is worth reexamining.

The link between Maywood and the Underground Railroad, which Tubman — one of its most famous ‘conductors — utilized in the mid-19th Century to free dozens of slaves, was discovered two decades ago by Operation Uplift, the nonprofit that operates the West Town Historical Museum.

“They were doing research on Maywood, trying to find out when the first people of color arrived here, when they ran across the information,” Stone said at the time.

What they found was the existence of a “10 Mile House,” which once stood at the southeast corner of 1st Avenue and Lake Street, at the edge of the Des Plaines River, which is presently occupied by a McDonald’s.

“Early Illinois settlers who hauled their crops to Chicago aboard horse-drawn carts needed places along the way to eat and rest themselves and their horses,” noted the Tribune article. “These stops usually were about 10 miles apart and were thus called “10 Mile Houses” or “10 Mile Inns.”

Stenson told the Tribune that, “since there were stops along the Underground Railroad in places like Chicago and Oak Brook and Downers Grove, they must have come through here … along the way.”

According to Douglas Deuchler’s 2004 book on Maywood, the “10 Mile House” “was a stagecoach rest stop that secretly and dangerously functioned as an Underground Railroad ‘stop.’” The inn was “10 miles, or a day’s ride, from Chicago.” In 2001, a memorial, designed by Maywood Trustee Michael Rogers, was built to commemorate the location of the now legendary Underground Railroad stop. VFP

Operation Uplift, the Maywood nonprofit that operates the West Town Museum of Cultural History and hosts an annual Martin Luther King, Jr., luncheon, has announced that it will be hosting a reunion kickoff to help support and bring awareness to its daily services in lieu of a luncheon this year.

“Please help us continue to provide more cultural awareness to our local community, stimulate individual growth,  community pride, and educate the Proviso Township area about the collections of art, artifacts and significant historical materials we hold within our doors,” according to a recent release put out by the organization.

Donations or pledges of any amount are greatly appreciated. Those who give via checks should make them payable to: Operation Uplift, Inc. 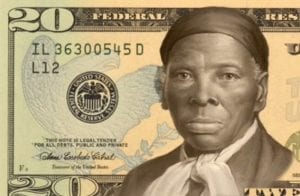